Urban Archaeology: Baltimore below and above ground

Baltimore Underground and Above Ground

Once upon a time Baltimore had an official Archaeologist for the City. Elizabeth Anderson Comer’s notes and copies of her reports are now at the Baltimore City Archives (BCA BRG 79). Archaeology is still of interest in Baltimore City, even though it is no longer a function of City Government.

One of the most current and best historically documented archaeological sites in the city is along Herring Run, which can be followed on the web site https://herringrunarchaeology.org/. 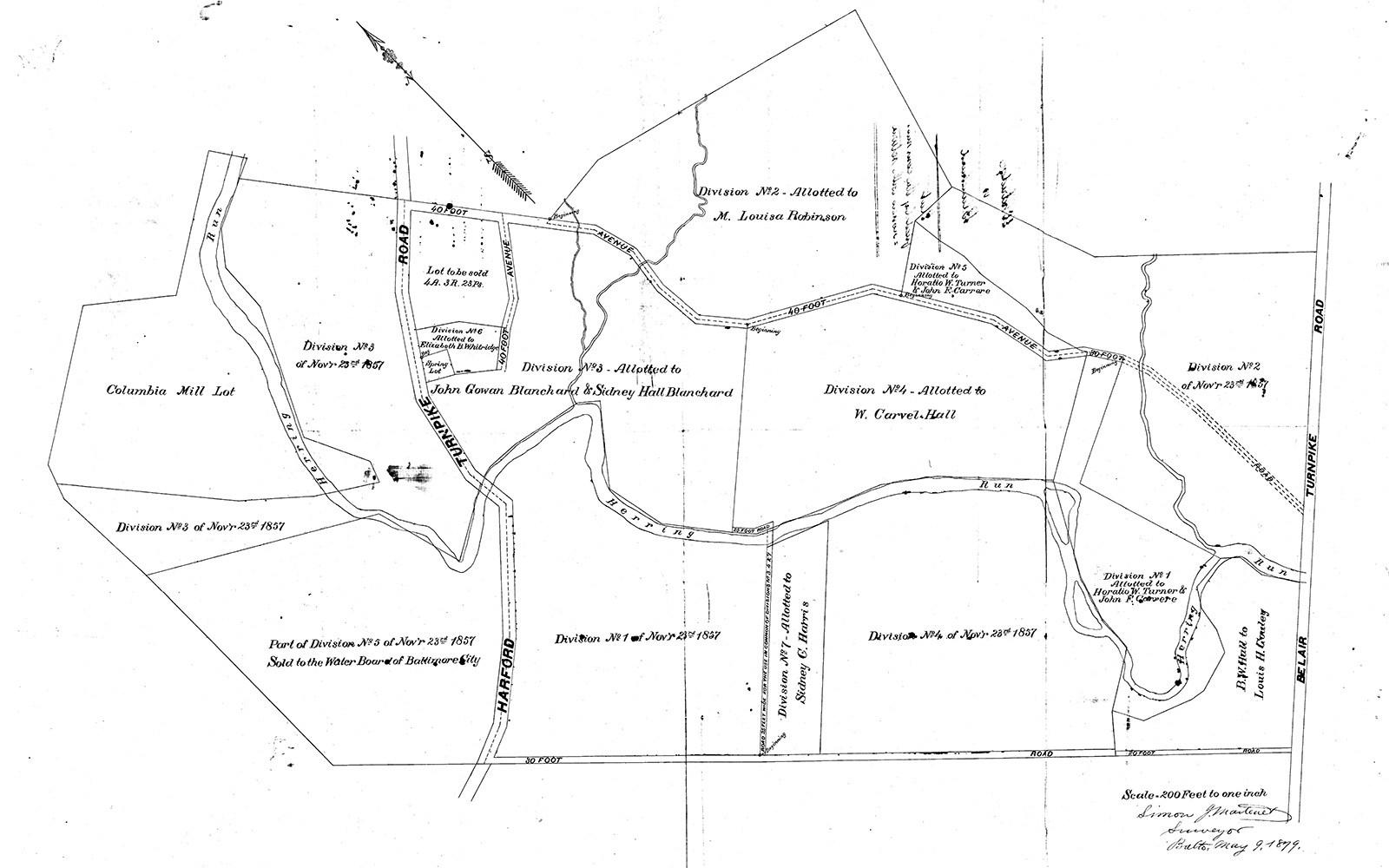 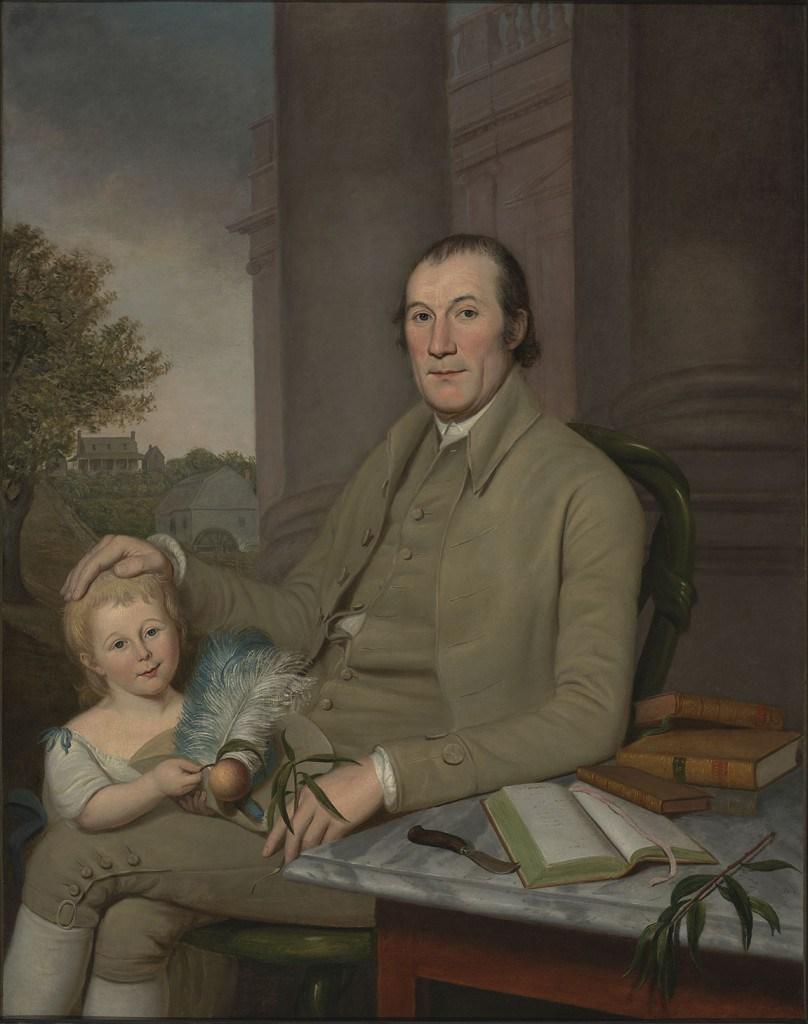 Portrait of William Smith and His Grandson, Charles Wilson Peale, 1788.

with Eutaw Farm in the background

The study of the lives of the owners of the land along Herring Run is particularly thorough and well written. A good example of the care that has gone into searching for the above ground evidence is the narrative of William Smith and Eutaw Farm. The author(s) there, and on the Baltimore Heritage web site have made good use of the probate, land, equity, and tax records at the Maryland State Archives, although in calculating the value of at least one transaction in today’s dollars (the acquisition of what became Eutaw Farm), they were not aware that in 1779 inflation was rampant, and that the cost of the farm to Smith was in vastly inflated dollars.

William Smith is of particular importance to the history of the built city at the time of the War of 1812. When he died in 1814, he owned and rented out many buildings in town, had invested extensively in stocks and bonds, and had considerable small debts outstanding that were collected by his administrators. His probate records provide a wealth of information about his investments. Between 1815 and 1826 his administrators disbursed $373,986.97 and as late as 1885 there was enough interest in the remaining debts owed the estate that a new administrator was appointed to collect them. When one of his heirs, B. W. Hall, surrendered the titles to all the lands that made up Eutaw Farm along Herring Creek for a new patent that would take up any vacant land, the original 170 acres had grown to 292.5. A piece of the farm was sold to the Baltimore Water Board in 1851 in anticipation of securing a better water supply for the City, something that did not happen until the 20th century when attention turned to the Gunpowder Watershed, leaving Herring Run to feed Back River and to help (without much success ) to dilute and flush out the effluent of the Back River Sewage Treatment plant (built between 1907 and 1911). 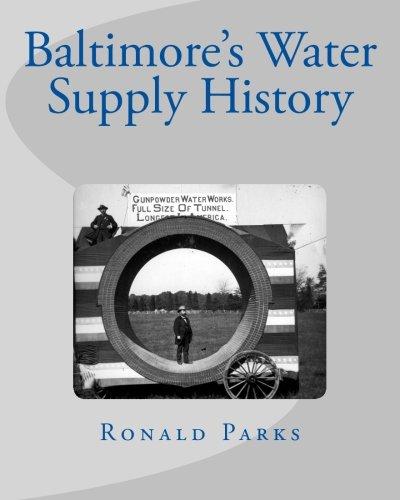 Another interest in underground Baltimore centers on the water and sewer infrastructure of the city, which to most accounts is now suffering from age. Ronald Parks’ new book provides insight and a catalog of the extensive archive relating to Baltimore’s Water Supply and should be on the bookshelf of anyone interested in how Baltimore came to have some of the best water in the world (at least according to some rating systems). Without Ron Park’s devotion to preserving the records relating to the development of the water supply they would have long ago been consigned to the incinerator. 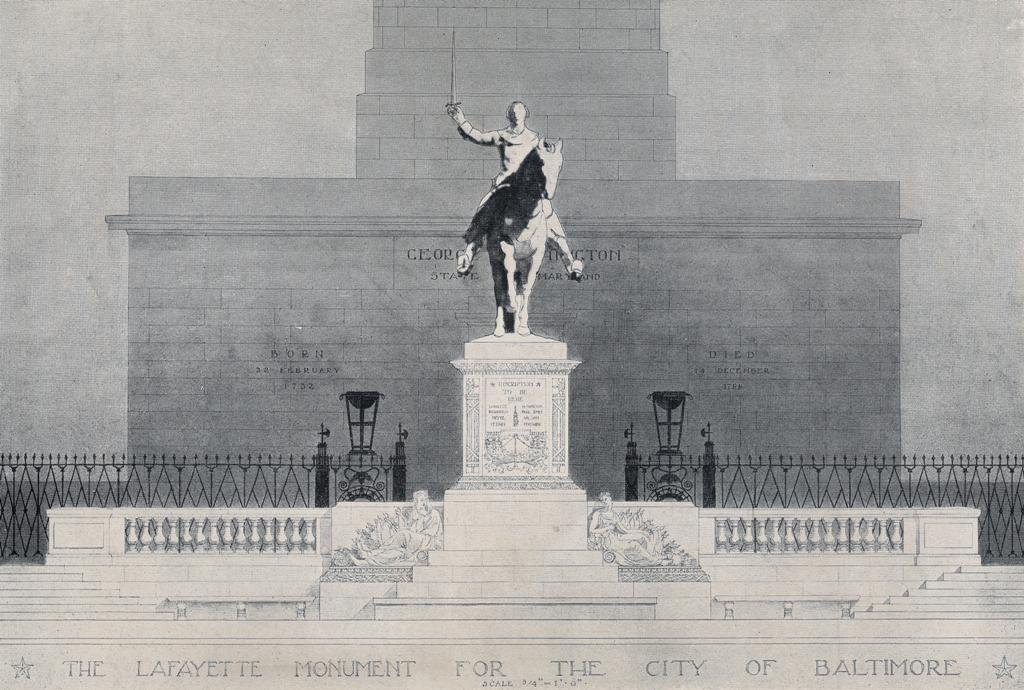 One of the Scholars most familiar with William Smith’s early 19th century generation of Baltimore entrepreneurs and townhouse builders is Dr. Lance Humphries, whose remarks at William Elder’s memorial symposium at the Maryland Historical Society in November 2014, whetted appetites for more with his “Architectural Salvage: Piecing together Baltimore’s Early Townhouse Architecture from Fragments.” More recently Dr. Humphries has turned his attention to the City Sensible movement in a talk he gave on March 23, 2016, at the Engineer’s club, sponsored by the Baltimore Architecture Foundation and the Mount Vernon Place Conservancy. According to the announcement, the theme was City Planning and Landscape Architecture in Baltimore: The City Beautiful Contributions of Carrère & Hastings. Dr. Humphries pointed out that while the Olmsted's’ role in Baltimore landscape and planning history is well known—Carrère and Hastings’ early 20th century role is less known—and was significant. Carrère was brought into town in 1902 to speak to the Municipal Art Society on civic planning and park extension—his talk essentially launched the MAS’s support of the 1904 Olmsted park plan…the MAS’s interest in civic planning was stalled because of the fire—but they continued to push—brought Carrere back with Brunner (and in name Olmsted)—which resulted in the Partial Report on “City Plan” 1909 [published in 1910]—then Hastings was brought in in 1917 by Preston to realize the Civic Center idea, redesign Mount Vernon Place to accommodate the Lafayette statue (groundbreaking weeks after US entered WWI), and design Preston Gardens.

Carrère, Hastings, and Brunner’s plan for a Tuileries like park in front of City Hall, 1910

Carrère, Hastings, and Brunner would have preferred using the term City Sensible instead of the City Beautiful which by the time of the preliminary report to the city (1910) was a movement under fire for being impractical and too expensive for American municipalities. They advocated collecting government buildings on the edges of landscaped parks, such as the one they suggested in front of City Hall which never materialized. Even Mayor Preston, who at first championed the plan, succumbed to the war memorial and paved plaza of the 1920s that was adopted in place of the Carrère and Hastings plan for a tree-lined open space leading to a fountain. Out of office in 1920, the former Mayor wrote in a personal and not for publication letter that a paved over space was a much better idea:

I was first under the impression that a park with grass and trees would be the most advantageous treatment of the open square bounded by Holliday, Lexington, Gay and Fayette Streets, but when I began to consider it a little bit more carefully I came to the conclusion that an open paved square was the most advantageous and most attractive treatment and would have the greatest influence on development around it.

My reasons for this were these. It would be the only paved open public square that I know of in the United States and Baltimore would be unique in having such improvement. It would be advantageous in assembly troops and in reviewing from the Mayor’s office and the City Hall large assemblages or parades. It would give a beautiful view from all parts of the eastern section of the open square to the City Hall … Park squares with grass and trees are the common treatment for public squares. We have them all over Baltimore. … If grass, plants or trees are elements of the treatment, it interferes with the access of both pedestrians and vehicular traffic ….[1]

Preston’s revised views prevailed then, but fortunately today more attention is being given to preserving the trees and parks of the City. Herring and Stony Runs for example, are but two of several ‘urban forest’ areas in the city that are getting the attention they deserve in an effort to preserve and maintain the ‘urban canopy’ so essential to the well being of the city environment. One web site that is designed to tell their stories and to promote their proper care is http://baltimoregreenspace.org/forest-patches, and a project is underway to document the history of the neighborhoods in which these forest patches are are located.