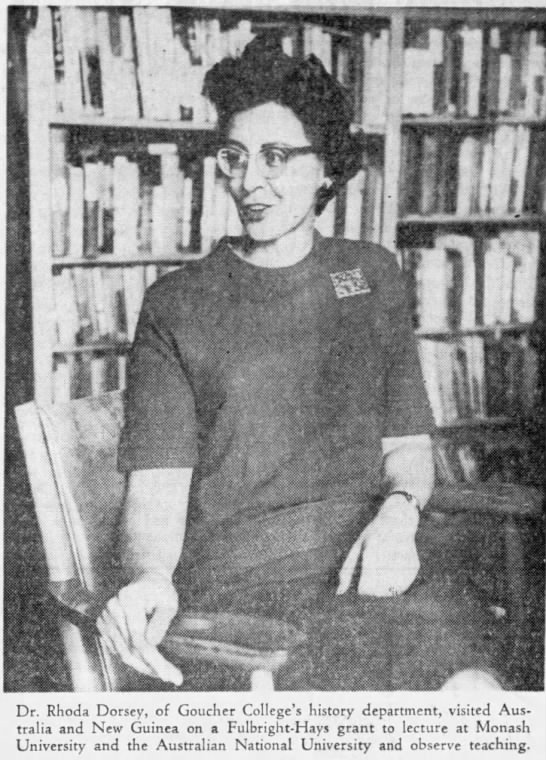 Rhoda Dorsey is best known as the president of Goucher College. According to Wikipedia[2], Dr. Dorsey became an academic dean of Goucher in 1968. In 1973, she succeeded Marvin Banks Perry, Jr. as the acting president. The next year, she was appointed as Goucher College's eighth president, becoming the institution's first woman to serve in this position. She presided over Goucher College in 1986 when its board of trustees voted to allow men to attend the college.

Rhoda Dorsey was also a historian of commerce writing her 1956 University of Minnesota dissertation on the resumption of Anglo-American Trade after the American Revolution. [3] When she came to Baltimore to teach at Goucher she continued her interest in the resumption of trade in Baltimore, carefully reviewing the surviving port records, including investing in the National Archives microfilm of Baltimore’s customs records.

Her two published articles on Baltimore’s trade following the Revolution preface a digital edition of the port records she acquired on microfilm at her own expense which are linked here[4] as a tribute to her scholarship and her memory for others to explore.